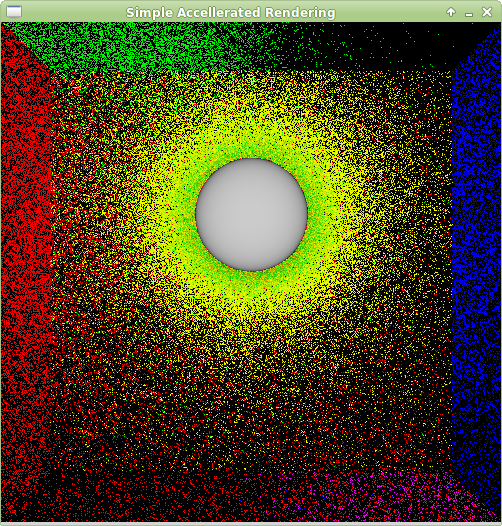 Many samples, with sigma=4 tone mapping: 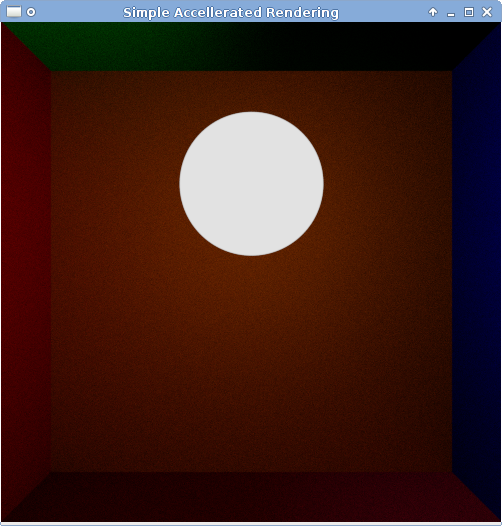 Reducing the size of the light source resulted in an even darker image since now fewer rays found their way into the light source. Adding a back wall behind the camera did not seem to help much. 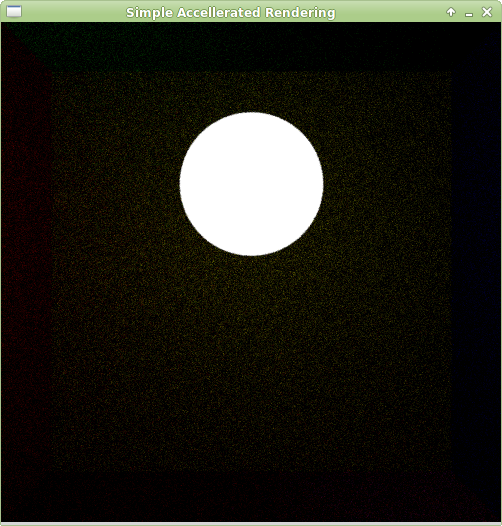 Now using the cos density sampling, and increasing samples to 100 it gets almost worse: 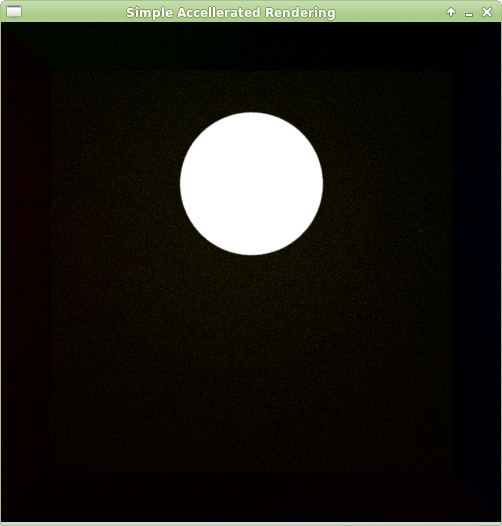 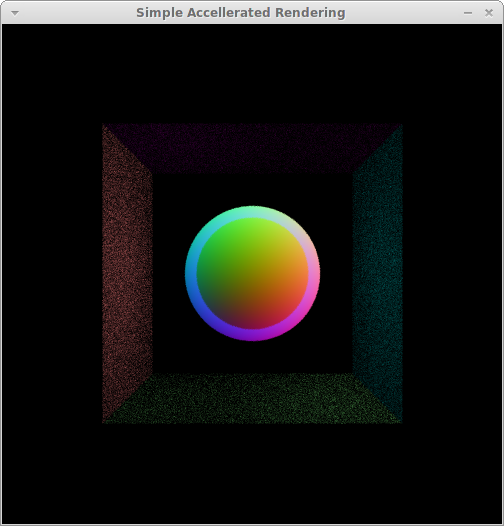 In the picture above I am visualizing the normals of each hit. It is using multisampling and purely diffuse material so that some rays get scattered inte space (the box is missing one side). Note that the back wall is missing — the rectangle had the points stored in incorrect order so that the normal was pointing out the opposite side. The fixed back wall can be seen below. 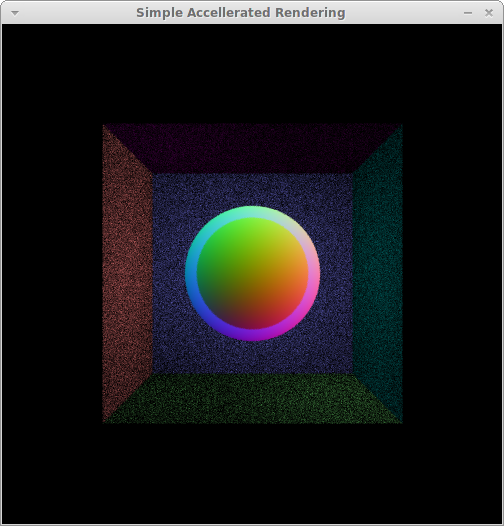 Now that I can scatter and have material properties, I can do actual path tracing. The image below uses essential lambertian surfaces, hence the absorption is relative to $cos(\phi)$ and it uses only diffuse scattering. I increased the number of samples from 20 to 50 which turns out to make the image darker since more more rays end up in space without hits. 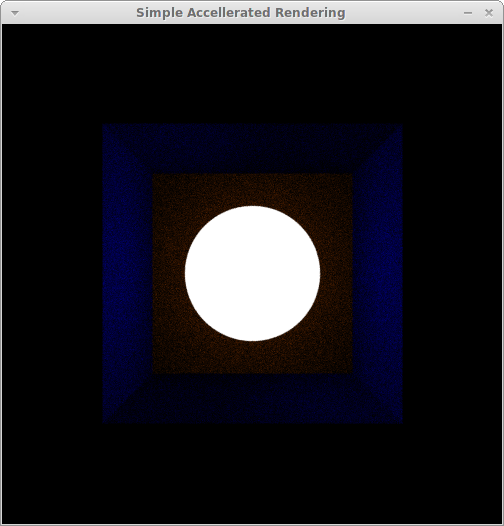 Rectangle normals are only computed correctly if the points are stored in the correct order, which unfortunately is relative to the origin. 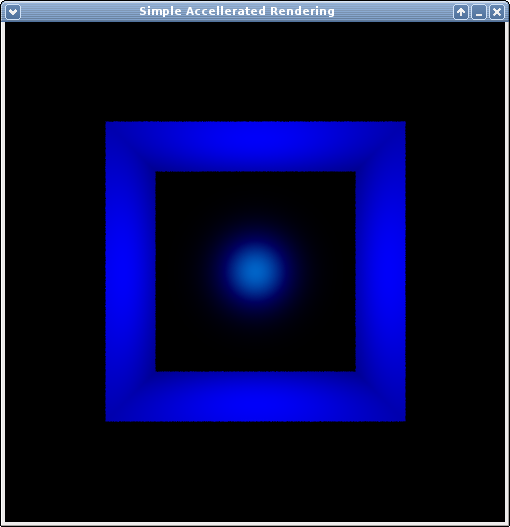 Double inverted y axis caused confusion, and a stubborn bug in the triangle intersection code that I only found after looking over the code 4 times — some plus should have been a minus! 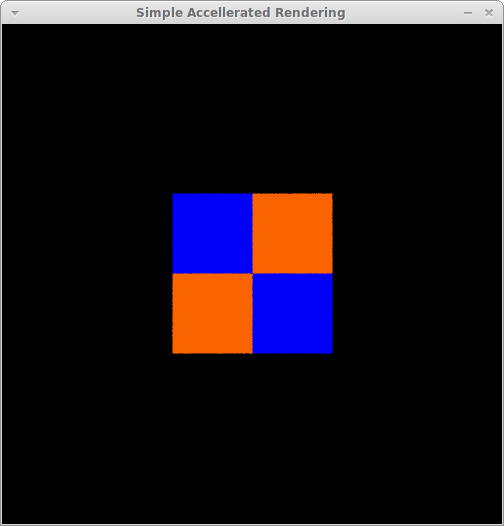 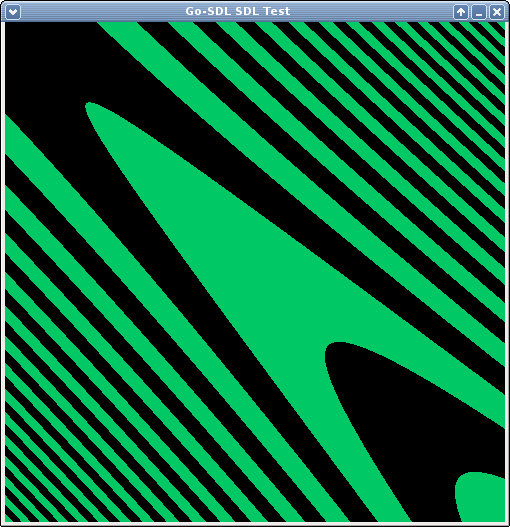 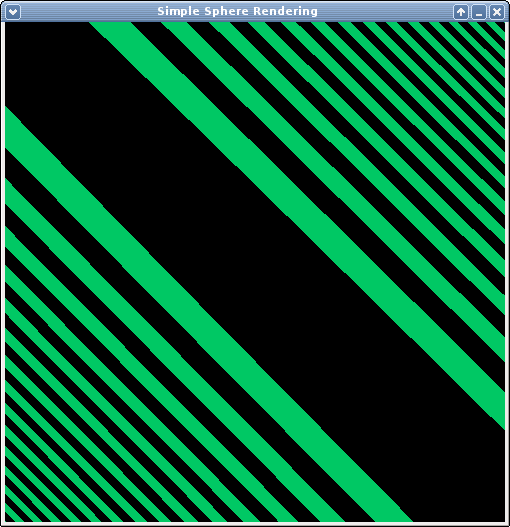 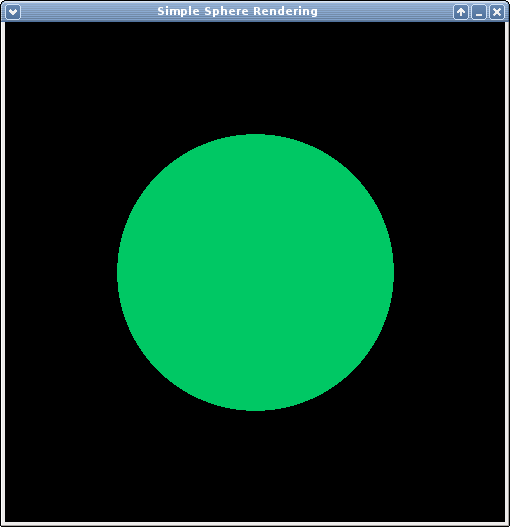 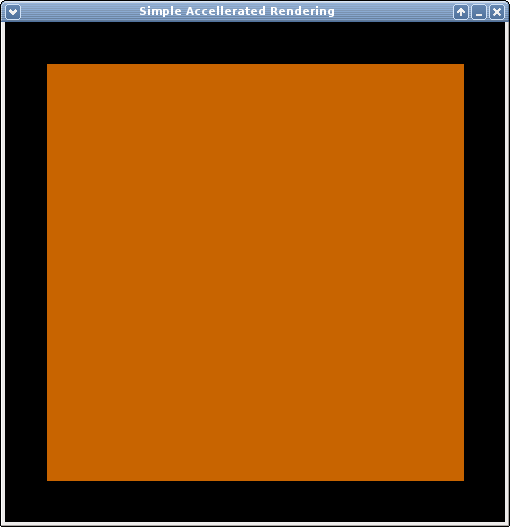 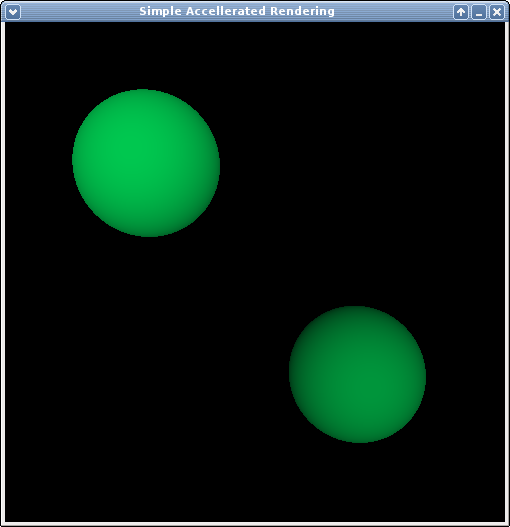 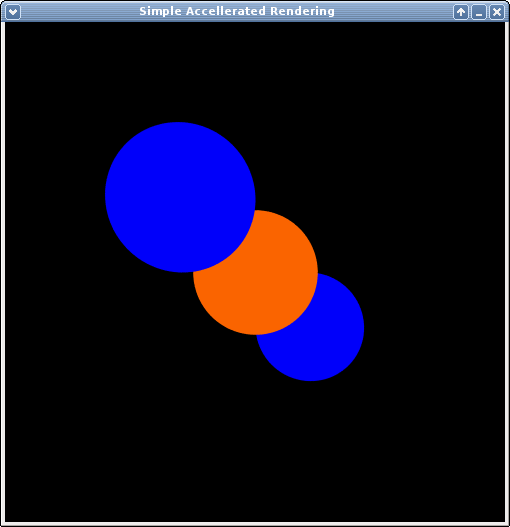 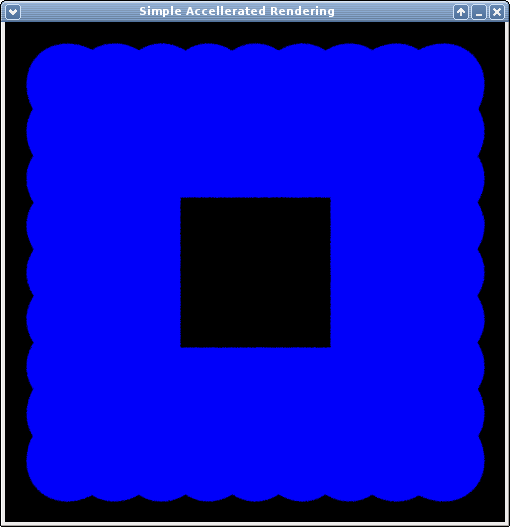 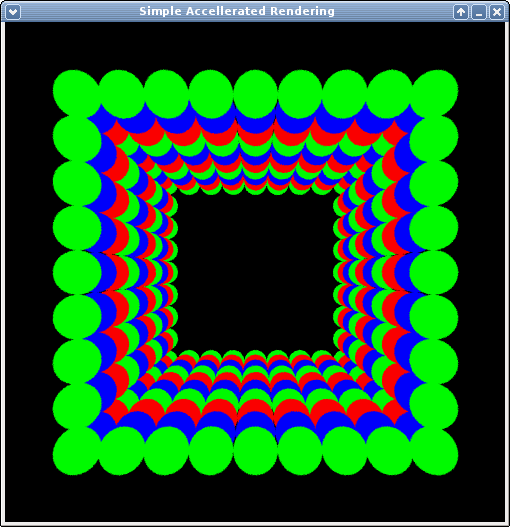 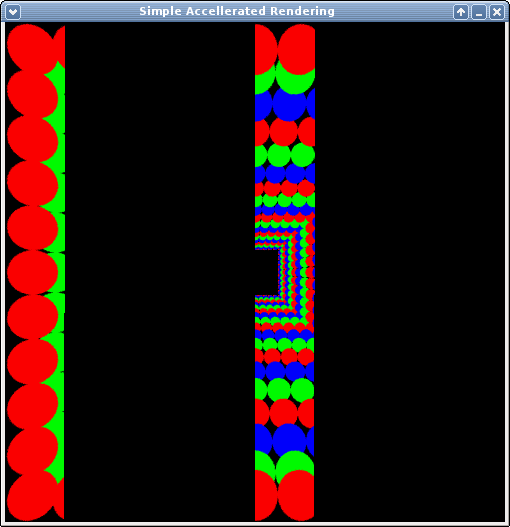 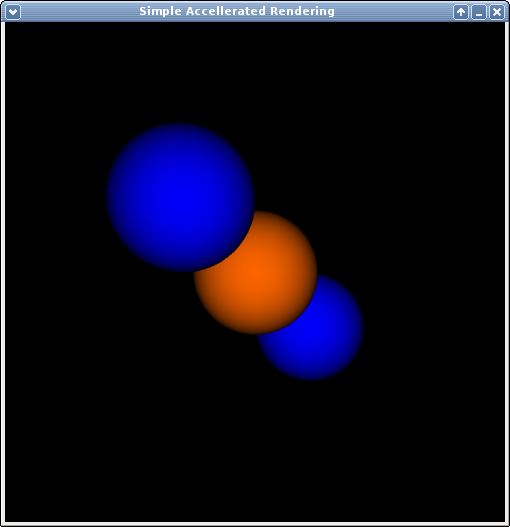 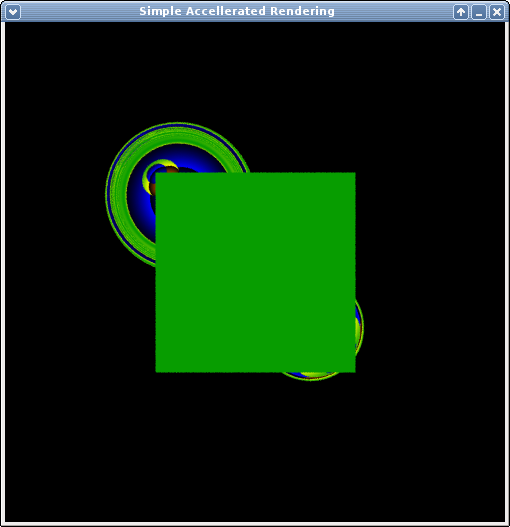 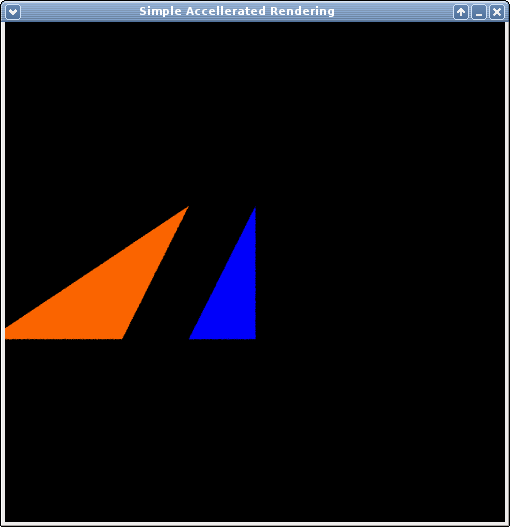 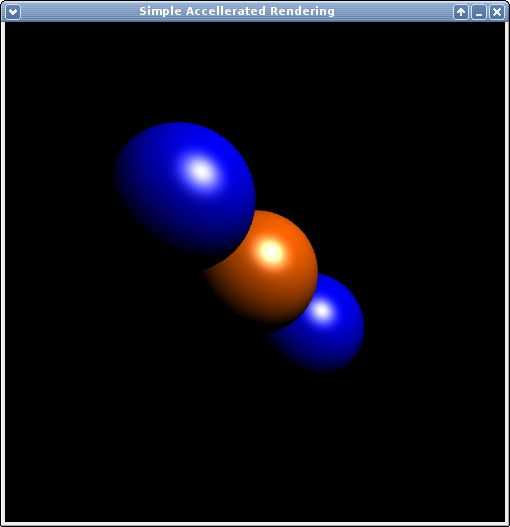 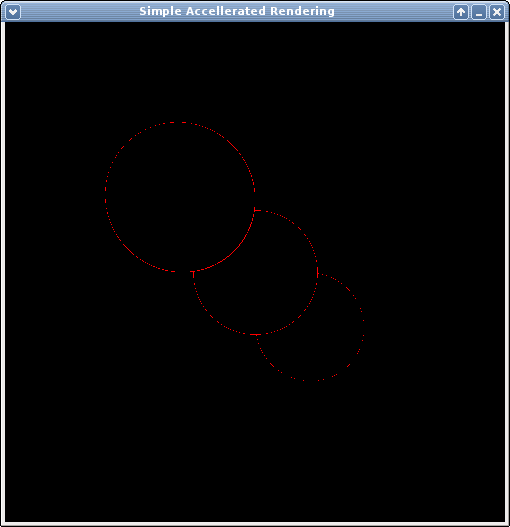 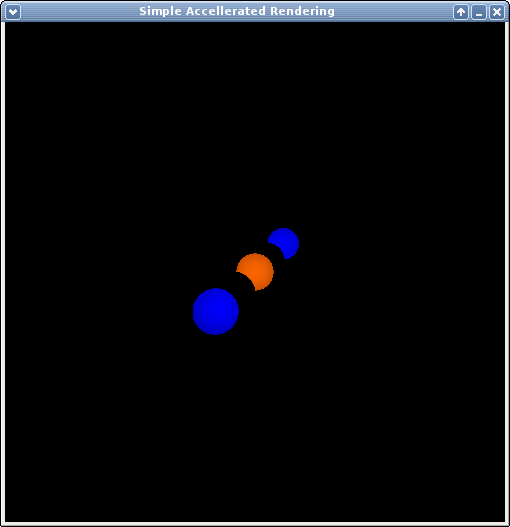